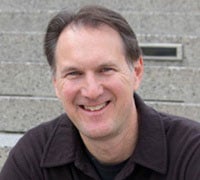 Professor of Strategy and Entrepreneurship

Dr. Christopher Bingham is an award-winning teacher and researcher. His work has been published in The Administrative Science Quarterly, Strategic Management Journal, Academy of Management Journal, Organization Science, MIT Sloan Management Review, Strategic Entrepreneurship Journal, and the Academy of Management Review. Most recently, he won the 2012 Weatherspoon Award for Excellence in MBA Teaching at UNC Kenan-Flagler. His industry experience includes work with McKinsey & Company, Deloitte Consulting, and Price Waterhouse, as well as with several entrepreneurial firms. He received his Ph.D. in strategy, organizations, and entrepreneurship from Stanford University, and received his Bachelor of Science in accounting and his MBA/M.A. from Brigham Young University, where he graduated with honors. 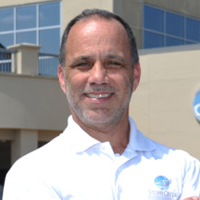 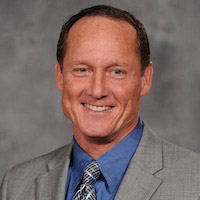 The club industry has labeled Brent Darden a "Texas Talent" and "Industry Treasure"—"part preacher, part teacher, and part reacher". For over three decades, the former chair of IHRSA's Board of Directors has openly shared his insights and ideas to help businesses and individuals perform their best and continues to share his experiences around the world through speaking and consulting. Brent’s messages have reached audiences in a dozen countries and have been translated into seven different languages.

Most recently, Brent was the owner-operator of TELOS Fitness Center, an award-winning multipurpose luxury brand in Dallas, TX. Telos was recognized as the "Dallas Business of the Year" and earned a litany of industry awards. Previously, he was VP of the renowned Cooper Aerobics Center, and was named IHRSA’s inaugural General Manager of the Year. Brent also chairs several industry REX Executive Roundtables. 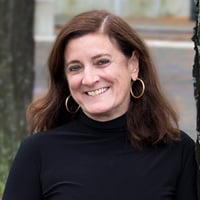 Helen Durkin, J.D., joined IHRSA in 1989 and developed the health club industry's first government relations and legal service programs. She has served as the association's director of public policy since 1999.

Prior to her role with IHRSA, Helen worked for the labor law firm of Kearns and Associates. In addition, Helen worked in various government positions in Massachusetts and Washington. Helen received her law degree in 1986 from Washington College of Law at American University and received her undergraduate degree in political science at Holy Cross where she was a member of the varsity lacrosse team. 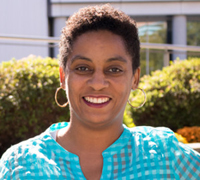 Nicole Johnson began her career at IHRSA in 1998 in the administration department. After advancing to a sales position, she accepted the offer to lead the U.S. club membership team in 2010. In 2012, she developed the Making Connections Orientation for first-time attendees at IHRSA's Annual International Convention & Trade Show. After establishing and growing the Making Connections Orientation, Nicole realized that she had a talent for engaging audiences in ways where they could network, learn, and have fun.

Nicole is a published author and a two-time Toastmaster award winner for impromptu speaking. Her audiences embrace a mindset for maximum learning as she brings individuals together for engaged networking, turning strangers into long-term career connections! 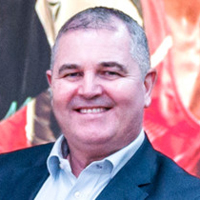 Alan Leach currently serves as CEO, sales trainer, and director of sales and marketing for the West Wood Club, based in Dublin, Ireland. He uses his 32 years of health club and sales management experience to serve more than 36,000 health club members at seven West Wood Club locations in Ireland and Bosnia.

Leach has been an avid supporter of the industry for years. At the start of his career, he grew an individual club’s membership from 700 to 3,100—establishing the club as one of the most profitable facilities in Europe. He continues to promote physical activity and the global industry as a regular speaker at countless events for fitness professionals. 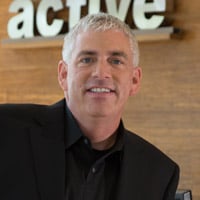 Bill is a health club industry veteran with over 25 years of experience leading and managing all aspects of commercial health clubs, medical fitness centers, residential, community, multi-tenant, and corporate fitness sites. He co-founded Active Wellness, LLC, and owns a health club consultancy, BMC3. Bill has served as chair of IHRSA's Board of Directors, president of the Mid-Atlantic Club Management Association, and on the Industry Advisory Board for the American Council of Exercise.

Bill is actively engaged as an author on industry education, serves on several fitness related technology company advisory boards, serves on the Medical Wellness Association as a Faculty Member and The Medical Fitness Network advisory boards. He recently also served on the ACSM Facility Standards & Guidelines 5th Edition Committee as an editor. Bill consults and speaks regularly on industry topics throughout the world. 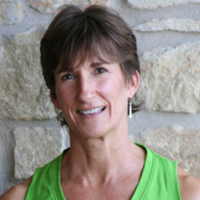 Michele Melkerson-Granryd is the general manager of Castle Hill Fitness 360 in Austin, Texas. Michele has managed several clubs around the country during her 35 years in the fitness industry. In addition to her management responsibilities, she also instructs several group fitness classes each week including yoga, cycle, and aqua fitness among others, and is an adjunct associate professor at Austin Community College where she has been teaching for 15 years. Michele was the executive director of the Texas Health, Racquet & Sportsclub Associate (THRSA) for 10 years. She has also spoken at numerous industry events including the IHRSA Convention and is a member of the IHRSA Institute Faculty and Advisory Group. 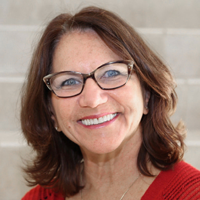 Mabel Miguel leads global education programs and initiatives, and is an award-winning teacher of core leadership and management skills to MBA, Executive MBA, MBA@UNC, and global OneMBA students. She has developed and taught leadership skills courses for organizations in the United States, South America, Asia, and Europe.

Mabel’s corporate clients have included Bank of America, ExxonMobil, FedEx, and Volvo in addition to many government clients. She has over 20 years of experience in executive development.

Previously, Mabel was an associate at the Management Simulation Projects Institute at New York University’s Leonard N. Stern School of Business, and a senior designer and trainer for Business Simulations, Inc., a New York consulting firm.

She received her Ph.D. from UNC-Chapel Hill and her MBA and B.S. from NYU’s Stern School. 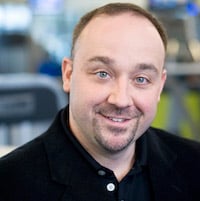 Mark Miller has 20 plus years of experience at the senior management level. Mark joined the Merritt Team in 2000. In his capacity as COO, he is responsible for all the day-to-day operations, new club builds, and culture development within all of the clubs, company management, and consulting services. 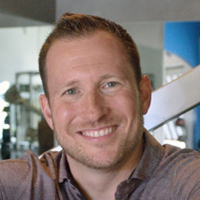 Chris is the owner of Stevenson Fitness, a 7,500-square-foot full-service boutique health club focused on delivering an industry-leading member experience. He has been in the industry for over 20 years. He is a frequent speaker at industry events including the IHRSA Convention and is a member of the IHRSA Institute Faculty. He is heavily involved in volunteering for youth sports and is a board advisor for Fit 4 The Cause. Prior to joining the fitness industry, Chris was a martial arts instructor, stuntman, and Power Ranger. 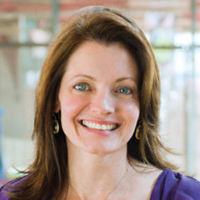 Greta is an executive team member of Chelsea Piers, a premiere sports and entertainment complex with locations in New York City, Brooklyn, and Stamford. As the executive director/EVP of Connecticut, Greta is responsible for the leadership, development, and financial success of the 500,000-plus square foot Stamford facility. She has been in the fitness industry for over 30 years. Greta is a board member for the Chelsea Piers Scholarship Fund and the Stamford School of Ballet and supports over 25 additional charitable organizations. 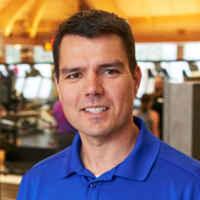 Brad Wilkins also served as the senior vice president of Cooper Aerobics Enterprises Inc., and oversees the Cooper Fitness Center and the Cooper Spa in Dallas, TX. Wilkins joined Cooper Fitness Center as an intern in 1996 and since then, has taken on roles as a fitness trainer, fitness director, and general manager. Most recently in 2015, he was named the chief operating officer of Cooper Wellness Strategies.

“The IHRSA Institute has sent me home with an overflowing brain and so many things I will be implementing in the future. It was great to bounce ideas off colleagues, hear what is and isn't working for other facilities, and learn from a very experienced panel. Everyone should attend The Institute at least once!" 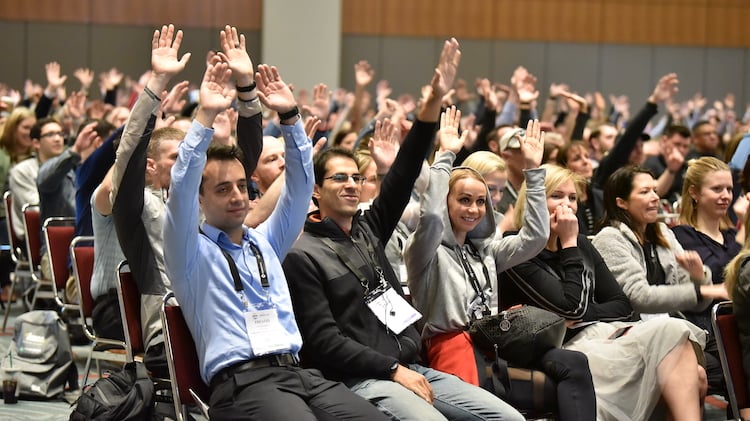 Keep me updated on IHRSA Events!

The headline and subheader tells us what you're offering, and the form header closes the deal. Over here you can explain why your offer is so great it's worth filling out a form for.

The International Health, Racquet & Sportsclub Association is a not-for-profit trade association representing health and fitness facilities, gyms, spas, sports clubs, and suppliers worldwide. IHRSA and its members are dedicated to making the world healthier through regular exercise and activity promotion. IHRSA's events provide a vast array of speakers on business and corporate culture, instructional sessions on all aspects of succeeding in the health club industry, social events to mix and mingle with peers, and the most spectacular trade shows in the industry.